Brokenharts Asylum, located in Dallas, PA, is a forerunner of the modern interactive haunted attractions, ahead of its time as a haunt that focused on sensory assault as the critical “scare” strategy.

Each season the airwaves of Northeast, Pennsylvania were flooded with the tail of “Victor” the evil child who committed unspeakable acts and was now housed in the infamous Brokenharts Asylum. Generations of haunt fans visited the Dallas Fairgrounds to experience an intense horror attraction that attacked the phobias of each guest.

Brokenharts Asylum was a legendary attraction that sat dormant until three seasons ago when the doors opened again to welcome guests.  Brokenharts Asylum has had some growing pains in regaining its spot as the must see the haunted attraction in Northeast PA but is starting to build momentum. Brokenharts Asylum is a funhouse-style haunt, set inside a tent structure with an outdoor walk-through trail, featuring a variety of unique set designs. Each set features unique props and sensory-driven scares that create a chaotic atmosphere. What cannot be understated is how “unique” prop and set design is at the attraction. Every single scene has a certain authenticity which encourages guests to explore.  Creative use of fog, lighting and tight spaces build tension and are the perfect structural components to a fun yet terrifying haunted attraction. 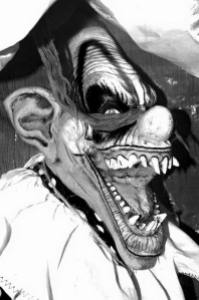 Scene design and architectural structure is a strong point of Brokenharts Asylum. As soon as one enters the tent, they are hit with blinding lights, dense fog and an intense soundtrack that builds tension throughout the haunt. Inside the asylum, tension always is at a fever pitch as it is impossible not feel a little uneasy as each room in itself is creepy. The props and animatronics featured at the asylum are unlike any you will see in any other haunted attraction. Not only are most of these demented props custom made, but they are modified to create a variety of unique scares. Each room is downright creepy, from a trip to a carnival to a visit with “Frosty,” Brokenharts Asylum is masterful in its design. In an especially creepy doll room, child actors blend in with props and add to the level of surprise, and child actors which typically don’t boad well for haunts are effective at Brokenharts Asylum. One cannot say enough about how impressive the special effects and sound transform each room. Thematically the attraction does not have a central story but does feature “Victor” who appears in the most unlikely of places. The attraction is designed to create a sense of danger, as many of the scenes look as though they are taken from a retro horror movie. 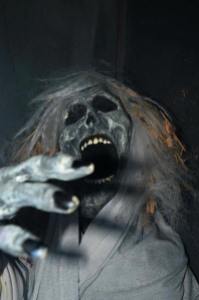 Outside of the tent guests follow a short trail attraction which has vastly improved since last season! Outdoor haunted trails are difficult to master and logistically are a challenge due to the open nature of such designs. Brokenharts Asylum addresses these challenges head-on, by adding a series of mini-indoor haunts each with unique themes. The strongest scare-actors and unsettling scenes are featured along the trail, such as a visit to a satanic inspired Church, and a visit with “Michael Myers.” Now one may think a visit with “Michael Myers” is a haunt cliché, but Brokenharts Asylum presents this character in the most unexpected of ways. The trail itself is a rather short experience but is effective enough to add diversity to the Brokenharts Asylum.

While the design is almost flawless for a smaller, old-school haunt, Brokenharts Asylum would be best served at perhaps darkening some areas allowing guests to fear what they can’t see, and retool its outdoor maze. Without the scare actor, the maze is rather easy to complete, and it is not on the same design quality level as the rest the attraction. Despite these minor critiques, we cannot stress enough that Brokenharts Asylum is designed phenomenally, and with even longer build time can be a longer, more intense experience. 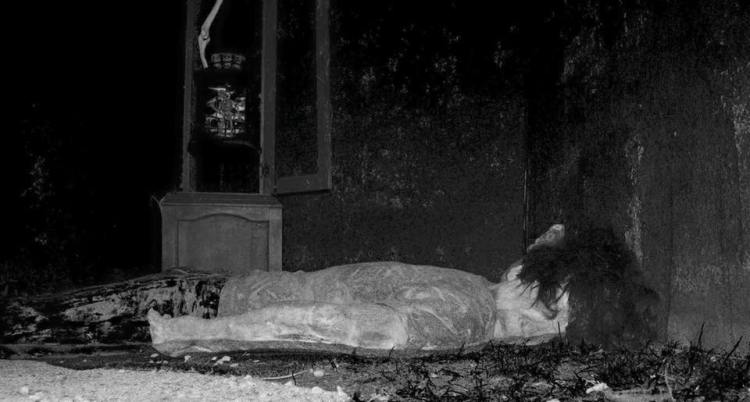 Brokenharts Asylum is designed to scare and embraces a style of haunting aimed at attacking the “senses” to create misdirection, and startle scares. Each room’s special effects incorporate the impressive use of sound and visuals to create a surreal experience. Brokenharts Asylum is extremely close to reaching a level excellence that puts it on the level with mainstream haunted attractions and has the pieces in place to do so, just now needs to execute. One of the major areas of improvement that can bring to the attraction to the next level is related to scare acting. Opposed to other haunts, Brokenharts Asylum feels somewhat empty, and many of the actors do double duty appearing in the queue line and then inside the haunt. Furthermore, there appears to be a disconnect with regard to scare actor training. The few actors found inside the haunt don’t really do much outside of the typical, generic set of scare actor lines, and there is little aggression in performances. Now some of the actors are phenomenal (woman in the outdoor “church” for example is creepy),  but the general experience at the haunt is rather generic in terms of interactions with actors. Not all actors have to be theatrical but in the past, the attraction had some crazy custom built characters slinging chainsaws and chasing guests which really adds to the intensity of the haunt. Quality scare acting makes or breaks a haunted attraction, and this haunt is built for excellence. This does not mean that Brokenharts Asylum needs to be a storyline based haunt, there does need to be more actual “acting” which compliments each scene.

Brokenharts Asylum is designed to be a haunt that can once again be at the forefront of the industry, leading the way as the standard-bearer, it just needs to awaken and see its greater potential. Management clearly understands how to construct a sensory-based haunted attraction that features scenes exclusive to Brokenharts Asylum. A feeling of paranoia and insanity can be felt around every single corner, and each year we are impressed by the modernized, yet throwback style. Brokenharts Asylum is looking to the future, with major expansion plans and is focused on becoming the innovator of horror entertainment in Northeast PA and beyond. (Sadly Brokenharts Asylum has once again closed its doors, we hope to see it rise again!)

Type to search or hit ESC to close
See all results